OPENING: Cor Theatre's A Map of Virtue at Rivendell Theatre 1/8-2/14


A Map of Virtue by Erin Courtney

Part interview, part comedy, part middle-of-the-night horror story,
A Map of Virtue is a hauntingly romantic play about a shared obsession
that leaves a group of friends stranded in the woods. A bird statue is the guide through this symmetrical tale about the limits of our virtues and what we leave behind.

ChiIL Live Shows is catching the press opening tonight, so check back like we vote in Chi, IL... early and often. Our full review will be live soon.

ChiIL Live Shows will be there for the press opening, so check back soon for our full review. In the meantime, book your tickets now for the best selection on dates. Seating is GA.


A hauntingly romantic play with a mystery at its center, A Map of Virtue was hailed “one of the most terrifying plays of the past decade” by the New York Times. It premiered at New York’s 13P in 2012, won an Obie Award and was named a New York Times Critic’s Pick.

Cor Theatre, the new Chicago company that made its mark with
Skin Tight at A Red Orchid Theatre in 2012, returns with the Midwest premiere of
Erin Courtney's A Map of Virtue,
directed by Cor Theatre Artistic Director Tosha Fowler.

Regular performances continue January 15 through February 14: Thursday, Friday and Saturday at 7:30 p.m.; Sunday at 5 p.m. Performances are $25; $10 students and industry. Tickets to A Map of Virtue go on sale December 1. For tickets and information, visit cortheater.org or call (866) 811-4111. 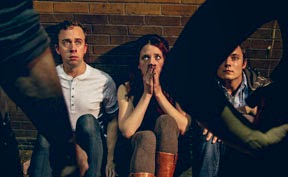 More about Cor Theatre's A Map of Virtue

Tosha Fowler (director) is the co-founder of Cor Theatre, where she produced and acted in the critically acclaimed Skin Tight, under the direction of Victoria Delorio. Also with Cor she co-produced, wrote and performed in her original solo show, Mami, Where'd my O go? Fowler has produced theatre for almost ten years for companies including Mary-Arrchie Theatre, The Chicago Fringe Festival, The Academy Theatre in Atlanta, and her founding company, Fowl Brick in Savannah, Georgia. Her directing credits include A Doctor's Stories, Poof! and Bash and Bully Breakdown in HD. As an actress, Fowler has performed in Chicago with Lifeline Theatre, Emerald City, MPAACT, Cock & Bull and Circle Theatre. She has worked as a playwright with American Theatre Company's "Chicago Chronicle Project," the DePaul University Diversity Initiative, and the Academy Theater. Fowler is an adjunct professor in Theatre at DePaul University, and she holds an MFA in Acting from The Theatre School at DePaul.

Erin Courtney (playwright) has said A Map of Virtue "is about people fantasizing about other people's lives, thinking their lives are better than their own lives, and really we are all just trying to get by."

A Map of Virtue has been published along with her play Black Cat Lost by 53rd State Press. Courtney's other works include Honey Drop, Alice the Magnet, Quiver and Twitch, and Demon Baby. Her work has been produced and developed by Clubbed Thumb, The Flea, New York Stage and Film, Adhesive Theater, Soho Rep, The Vineyard and The Public. She collaborated with Elizabeth Swados on the opera Kaspar Hauser and is starting work on a new musical with Swados on the life of Isabelle Eberhardt. She was a recipient of a Guggenheim Fellowship in 2013, a NYSCA grant, two MAP Fund grants from the Rockefeller Foundation, and has been a resident at the MacDowell Colony. Demon Baby is published in two anthologies; New Downtown Now, edited by Mac Wellman and Young Jean Lee and published by University of Minnesota Press, and Funny, Strange, Provocative: Seven Plays by Clubbed Thumb edited by Maria Striar and Erin Detrick and published by Playscripts, Inc. She is an affiliated artist with Clubbed Thumb, a member of 13P, and a member of New Dramatists. She teaches in the MFA playwriting program at Brooklyn College and is a co-founder of Brooklyn Writers Space. She is a graduate of Mac Wellman's MFA program at Brooklyn College in 2003, and earned her BA at Brown University in 1990. 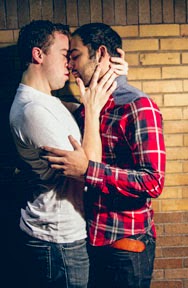 About Cor Theatre
Cor Theatre (cortheater.org) is a professional theatre company committed to producing stories about courage and exploring the hidden hero within us all. The company believes that there are certain intrinsic values that connect people at the core of their being. Cor Theatre seeks to expose those values.

Cor debuted in September 2012 with its production of Skin Tight by Gary Henderson at Chicago's A Red Orchid Theatre. About a powerful, enduring love, complete with punches, laughter, knife fights, confessions and forgiveness, Skin Tight was rewarded with enthusiastic audiences, critical acclaim and made just enough money to establish a not-for-profit corporation. The company named itself Cor Theatre, deriving its name from the Latin root of courage - meaning heart.

Today, Cor is a new and ambitious Chicago professional theatre company under the leadership of Tosha Fowler, Artistic Director, and Navid Afshar, Managing Director. Company members include Chris Brickhouse, Elyse Cowles, Brian Crawford, Claire Meyers, Stefin Steberl and Will Von Vogt.With strong experience behind it, Cor is committed to produce works that provide an environment in which its audience can explore the unexplored and expect the unexpected.

Cor will return to Rivendell Theatre in the spring, June 4-July 11, 2015 with Love and Human Remains, the first Chicago professional production in nearly 20 years of the ground-breaking play originally titled Unidentified Human Remains and the Nature of True Love. Ernie Nolan will direct. 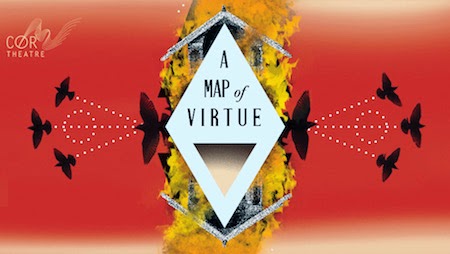 Posted by Bonnie Kenaz-Mara at 1:02 PM

Email ThisBlogThis!Share to TwitterShare to FacebookShare to Pinterest
Labels: A Map of Virtue, Act Out, Cor Theatre, opening, Rivendell Theatre